What is the Hennepin Canal? 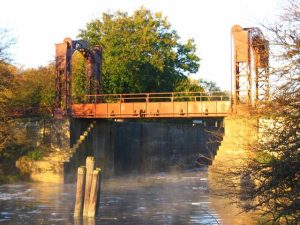 Rock Island, and Whiteside). Construction of the Canal got under way in 1892 and the first boat went through in 1907, reducing the distance from Chicago to Rock Island by 419 miles. The Hennepin was the first American canal built of concrete without stone cut facings. The Hennepin Canal, which at one time was known as the Illinois and Mississippi Canal, was open to boat traffic until 1951. The Hennepin Canal provides a wide variety of recreational activities including fishing, boating, picnicking, canoeing, hiking, horseback riding, bicycling, and snowmobiling.

The Hennepin Canal is also steeped in history and is listed on the National Register of Historic Places. History, Natural Beauty, and Recreation makes the Hennepin Canal Parkway State Park an important resource for all the communities along its banks.

Sign up for Google Alerts to be notified of what's new on the web about Friends of Hennepin Canal!